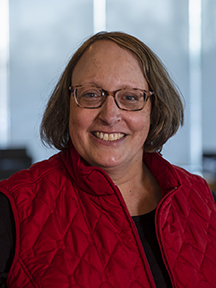 Jan Borchers is a sixth year graduate student in the Anand group. She joined the Anand group in November 2016. She has a Bachelor of Science in Chemistry from Iowa State University and a Bachelor of Science in Business Management from George Mason University in Fairfax, VA. Jan is currently working on developing an approach to obtain voltammetric information from wireless electrodes. She is further working with undergraduate, Claire Campbell, to develop a means to amplify their signal. Jan has mentored 7 undergraduates in the Anand Group. In her free time, Jan likes to spend time with family and to travel to new places. 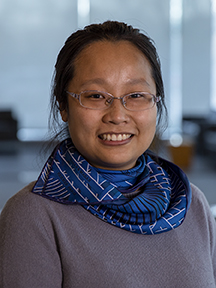 Han got B.A. in Chemistry department of Beijing Normal University in 2018. She is a fifth year graduate student. Her research involves the use of ionic liquid-based materials for microfluidic applications in bioanalytical chemistry. In her free time, Han likes to play cello, play with her cute pets and take care of plants. 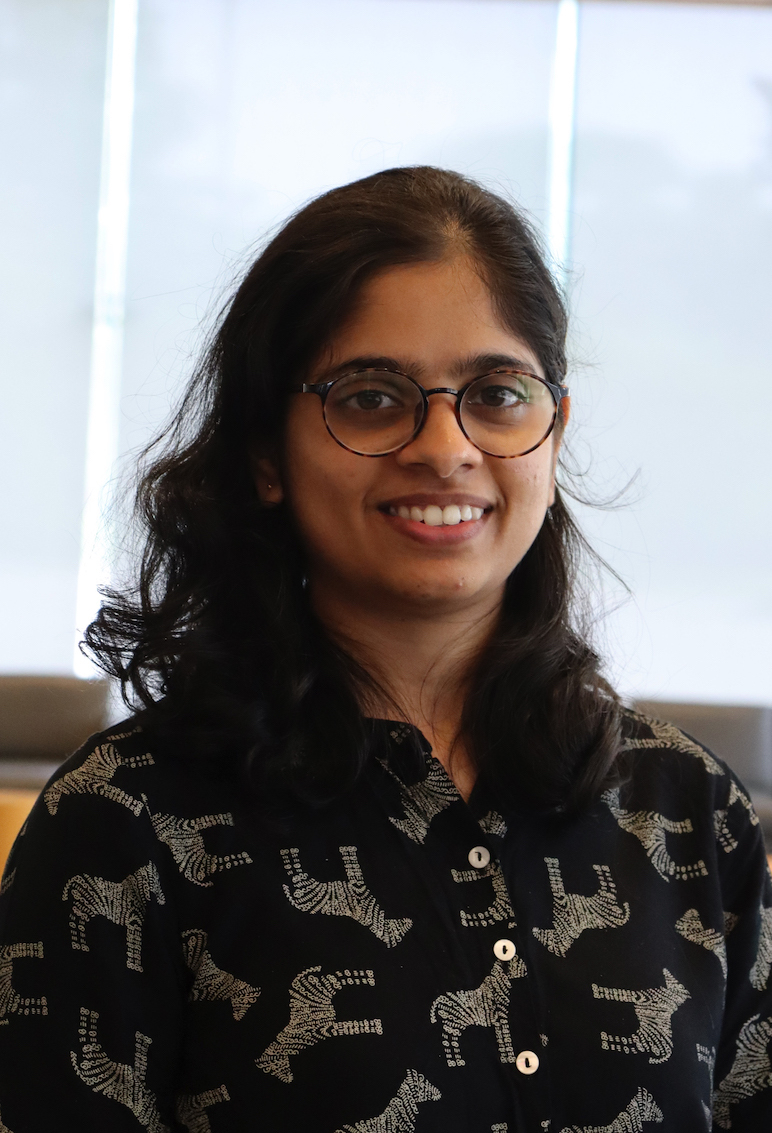 Aparna received her B.Sc. (Hons.) and master’s in chemistry from Gargi College, University of Delhi, India. She is a fourth-year graduate student at the Anand group and will be exploring ion concentration polarization and its applications. Aparna loves everything related to music, instruments (including scientific instruments) and art.

Sommer is a fifth year graduate student in the Anand group. She graduated from the University of Louisiana-Lafayette with an honors baccalaureate degree in chemistry. Her research at Iowa State focuses on two different projects 1) developing an electrochemical immunoassay for the diagnosis of Sjogren’s syndrome at the point-of-care and 2) quantifying the isolation of melanoma cells from buffy coat by dielectrophoresis. Sommer loves spending time with her husband and daughter, traveling, and reading in her free time. 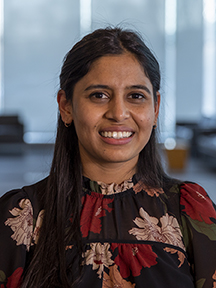 Darshna Pagariya received her integrated masters from NIT-Surat, India. Prior to joining Iowa State she was a project assistant at IIT-Bombay. She is a sixth year graduate student. Her work in the Anand Group is focused on developing microfluidic devices for digital and single-cell PCR. She enjoys swimming and trying out new things. Also, she is a big fan of sci-fi movies. 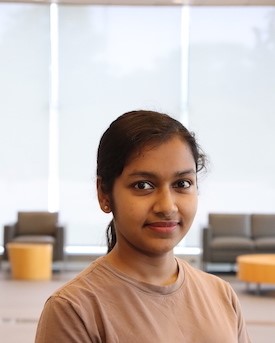 Umesha is a fourth year graduate student in the Anand group. She received her B.Sc. in Chemistry from the University of Ruhuna, Sri Lanka. Her research interests include bioanalytical chemistry based on ion concentration polarization. 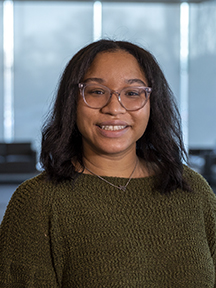 Morgan is a third year graduate student with a B.A. in chemistry from Texas A&M University. She is passionate about chemistry and student learning. Morgan loves decorating her apartment for every season, painting, and reading historical fiction novels. 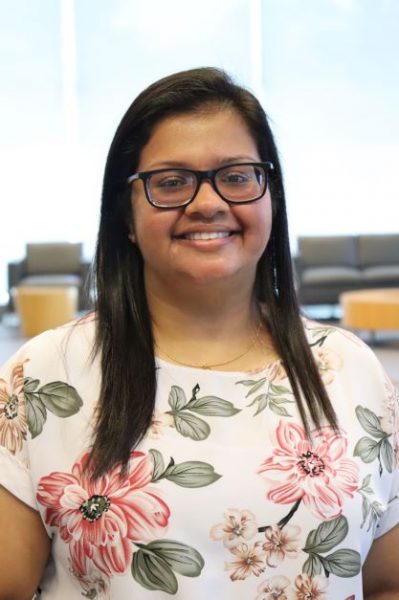 Thilini Rathnaweera received her B.Sc. (special) degree in Chemistry from the University of Ruhuna, Sri Lanka. She is a third year graduate student. Her research interests are bioanalytical chemistry and development of microfluidic devices for single-cell analysis. Her hobbies include singing, traveling, cooking, and baking. 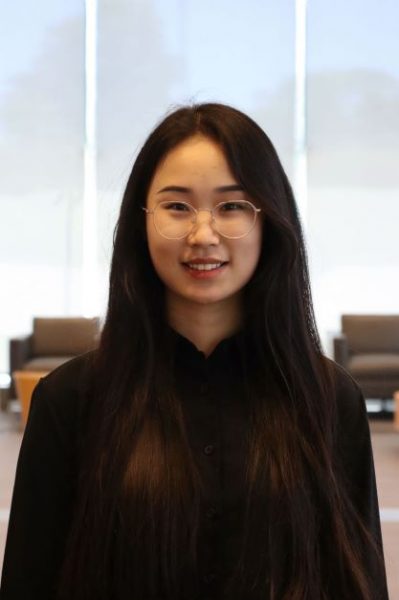 Tianyi Zhang received her B.S. in chemistry from Shandong University in China. She is a second year graduate student in the Anand group majored in Analytical Chemistry. Tianyi enjoys traveling, cooking and spending time with family and friends in her free time. 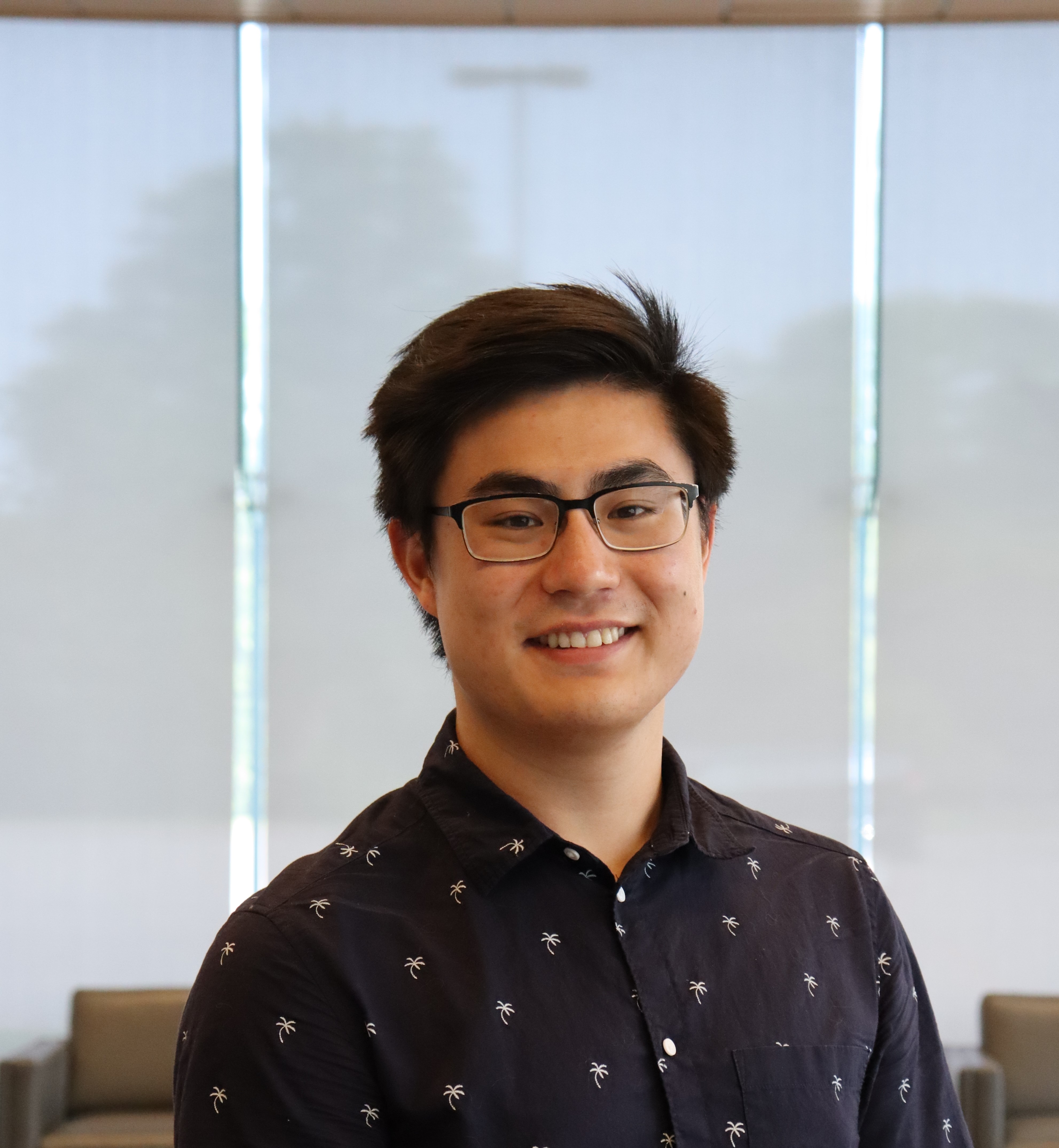 Ethan received his B.S. degree in Chemistry from the University of Wisconsin – Madison. He is a second year graduate student. His work in the Anand group involves exploiting favorable features of electropolymerizable materials for the production of platforms that can be used to solve pressing analytical challenges related to human health. In his free time, Ethan enjoys swimming, playing instruments, and experiencing new places and activities. 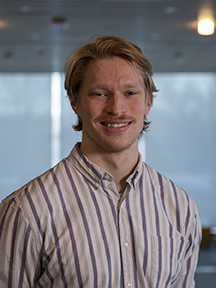 Ben received his B.A. in chemistry from Concordia College in Moorhead, MN in 2021. He is a second year graduate student interested in single-cell analysis. Ben enjoys solving puzzles, rollerblading, and learning new hobbies. 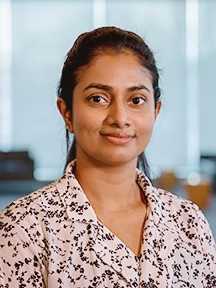 Sanduni received her B.Sc. (Honors) degree in Chemistry from the University of Sri Jayewardenepura, Sri Lanka. She is a second year graduate student. Her research interests focus on bioanalytical Chemistry. Sanduni enjoys traveling and spending time with her family and friends. 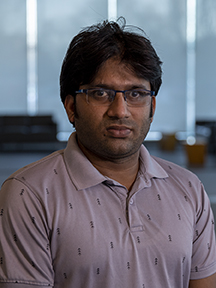 Ruhul received his B. Sc and M.S in Chemistry from Jahangirnagar University, Bangladesh. He is a second year graduate student at Iowa State University and has a passion for analytical chemistry. Ruhul enjoys traveling, swimming, and spending time with his friends. 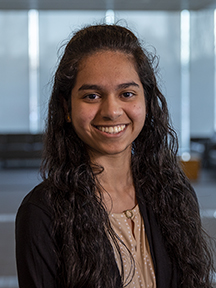 I am currently a sophomore majoring in Biosystems Engineering with a minor in Biology on the Pre-Health track. I am excited to be working on a part of the COVID diagnostics project! Other than research, I enjoy volunteering, traveling, performing cultural dances, and being involved with ISU’s Chapter of the Society of Women Engineers! 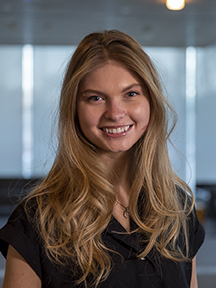 My name is Quinlan and I am a chemical engineering undergraduate and research assistant in the Anand group lab. I am working with DEP, microfluidic devices, and the lateral flow assay project for COVID-19 testing. I love thrifting, reading, and any sport I can play outdoors with a group of friends! My goal is to start my own project and experiments, or to work as an engineer for a company specializing in chemical research and development. 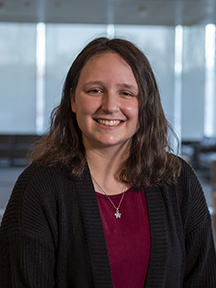 Madison is a undergraduate student expected to graduate in May of 2024 with a B.S. in Chemistry and Mathematics and a minor in Music. She is passionate about forensic sciences and intends to go to graduate school to become a forensic chemist. She enjoys working in the lab, being apart of the Iowa State University Cyclone Football ‘Varsity’ Marching Band, watching Doctor Who and visiting her family in Cedar Rapids, Iowa. 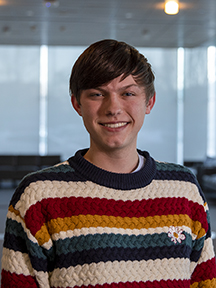 Seth is a sophomore from South Dakota working toward his B.S. in Chemistry with Spanish as a secondary major. He is also one of the peer mentors for the Chemistry Learning Community. He is potentially going to graduate school in order to become a professor at the university level. Besides working at the Anand lab, Seth enjoys baking various cakes and pastries, playing the piano, and reading as many books as possible in his free time.

Hanna graduated with a B.S. in computer engineering from Iowa State University in 2019. She worked in industry as a computer engineer for several years before deciding to return to school to pursue medical school. She is working on using electrochemiluminescence as an indicator of catalytic activity, as well as the electrochemical detection and analysis of circulating tumor cells. She enjoys cooking, travelling the world, playing the piano, and spending time with her two Great Danes (Bella and Moose) and her cat (Bentley).